Benefits of Yoga Exercises During Pregnancy 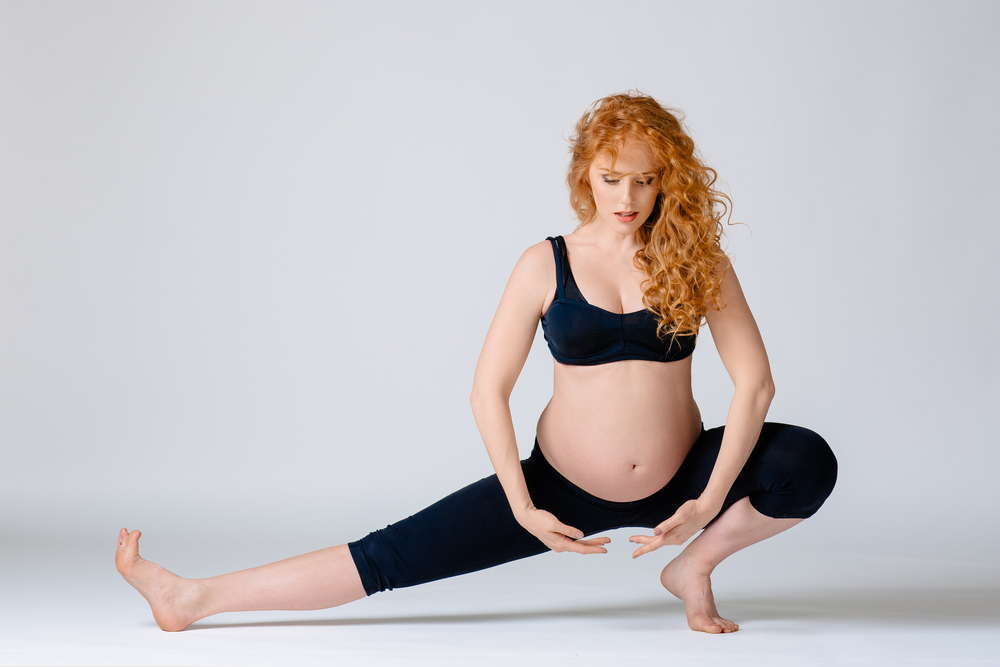 Pregnancy is a special time for every woman. Each of them experiences it in their own way. Some expectant mothers suffer from unpleasant symptoms and diseases typical of pregnancy, while others avoid this. Be that as it may, this is a unique stage in the life of a future mother. She needs proper preparation for upcoming events, that is, for childbirth. Schools of birth and fitness for pregnant women are very popular, but recently more and more talk about yoga classes for pregnant women. What can you say about them? Why use them?

Yoga For Pregnant Women – Something For The Soul And Body.

Generally speaking, yoga is a set of exercises, relaxation, and stretching techniques designed not only to lighten the body but also to renew it. An important element of yoga is teaching proper breathing. This is an extremely important skill for a woman who is having a natural birth. Proper breathing allows you to relax, get rid of stress and tension. It is difficult to achieve this state during childbirth, but you can learn this by doing yoga. Yoga during pregnancy also allows you to maintain physical fitness, despite the difficulties encountered in its last months. A woman who tries to be physically active during pregnancy is also likely to recover much faster after giving birth.

It is also worth adding that thanks to yoga, in particular asanas, muscles and the spine are strengthened, and the uterus becomes more elastic. There is a separate exercise for this part of the female body. In addition, yoga allows you to reduce excruciating pains during pregnancy, that is, headaches, lower back pain, or relieve carpal tunnel syndrome. This can improve blood circulation, improve digestion, and make the hips, pelvis, and hips more flexible. In turn, pranayama or breathing exercises mentioned above help relieve fatigue and nervous tension. Thanks to this, the expectant mother becomes calmer, which has a beneficial effect on the development of the baby in her womb. Relaxing the body and relieving stress are the biggest benefits of yoga for pregnant women.

From Which Week Of Pregnancy Can You Do Yoga?

This question is extremely important for every woman who is expecting a baby and would like to start her adventure in yoga. Yoga exercises in an unprotected pregnancy are absolutely safe for the baby and mother. It is primarily influenced by a calm course of exercises, and the change of asanas (position) does not occur quickly and always adapts to the needs and abilities of the person performing the exercise. Of course, you should always consult your doctor and get an opinion before we decide to do yoga, but in practice, yoga is recommended for pregnant women from the beginning of the second trimester to its end

This is especially true for women who have not previously practiced yoga. Why is it so important not to start training too early? Well, in the first weeks of pregnancy, the baby’s nervous system and the most important organs develop, there is also a greater risk of miscarriage. At the end of pregnancy, yoga classes adapt to the physical condition of the participant, focusing on relaxing asanas and pranayama.

How To Do Yoga During Pregnancy?

Yoga classes for pregnant women are not random sets of exercises – there is prenatal yoga, which is created taking into account the needs of expectant mothers. How is it different from ordinary yoga? The instructor selects the movements so that they are safe for pregnant women, as well as for advanced ones. Thus, there are no strong vibrations or bends of the body and strengthening the position of the abdomen.

However, it is dominated by breathing and relaxing exercises, as well as light exercises around the spine. Classes should be conducted correctly, it is better to enroll in lessons with an instructor than try to do them yourself. Classes with an instructor are not only safe but also interesting, in addition, in group classes you can meet other expectant mothers and share experiences of this unique period.

What Positions Should De Avoided?

Regardless of how your pregnancy goes, certain yoga positions should be avoided. We are talking about excessive lifting of hands, which can cause system overload.
Blood circulation, which is very tense during a pregnancy, as well as strong turns, a lying position forward or compression of the abdomen, and an inverted position. In addition, you should carefully monitor your body during exercise and stop yoga if you feel unwell.

Although yoga classes have a beneficial effect on the well-being of expectant mothers, both physical and mental, there are times when this is undesirable. This applies to all situations that threaten pregnancy, unusual fetal positioning, or the threat of premature birth. Contraindications also include certain diseases of the expectant mother, for example, pregnancy-related hypertension, bleeding and spotting in the 2nd and 3rd trimester of pregnancy, thyroid dysfunction, diabetes mellitus, with a centric placenta, pyelonephritis, multiple pregnancy or cervical insufficiency. These, of course, are general contraindications, which you should always consult your doctor. It should also be remembered that yoga is a completely different occupation than, for example, fitness, and therefore has completely different contraindications. Do you know 6 Best Types of Yoga?

If the birth came from nature, it would be nice to return to yoga after 4-6 weeks. However, you should start with simple weight loss and breathing exercises. The exercise program should be based on assumptions opposite to those that were before childbirth. In this case, physical exercises should contribute to the healing of the body and accelerate the “shrinkage” of tissues. Therefore, the stretching of certain parts of the body must be stopped in order to allow this process. Before delivery, it was the other way around. After about 2-3 months, more active exercises are gradually introduced, but this does not lead to fatigue.

Exercises should be aimed at the regeneration and restoration of aberration of the capsule-ligamentous system. For women who have had a cesarean section, recovery takes longer. Exercise can begin after the healing of the postoperative wound. We recommend doing this as soon as possible to prevent adhesions in the tissue of the incision. When the doctor finds that the wound has healed, we recommend a consultation with a physiotherapist who will determine the appropriate treatment. Thanks to this, we will speed up the healing process and prevent possible complications. In this case, yoga in the postpartum period should be carried out under the guidance of a physiotherapist. After about 6 months, you can return to the almost complete practice of asanas.

Get Ready For Summer